THE STI HISTORY, VISION, AND MISSION

THE STI HISTORY, VISION, AND MISSION

The Beginning of the STI Brand 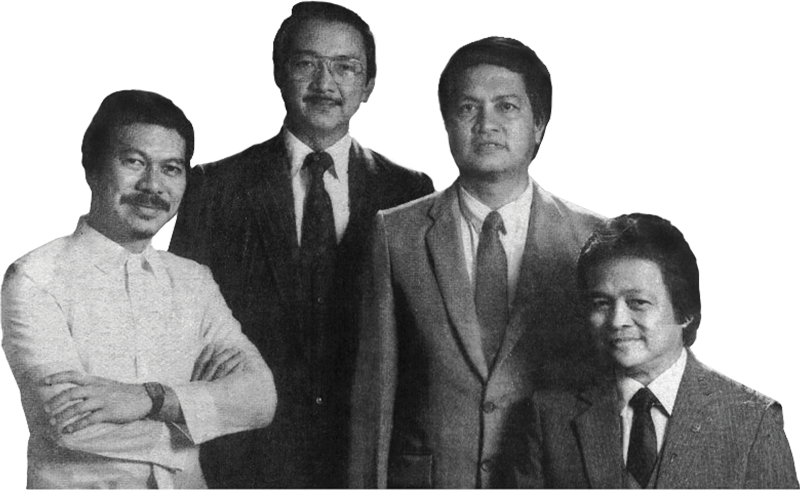 It all started when four visionaries conceptualized setting up a training center to fill very specific manpower needs.

In the early ‘80s, Augusto C. Lagman, Herman T. Gamboa, Benjamin A. Santos, and Edgar H. Sarte — four entrepreneurs and friends — came together to set up Systems Technology Institute (STI), a training center that delivers basic programming education to professionals and students who want to learn this new skill.

Lagman, Gamboa, and Sarte were all heavily involved in the growing computer industry, while Santos just retired from his IT position in a pharmaceutical company.

Sarte’s software company, Systems Resources Incorporated (SRI), kept losing programmers and analysts to jobs abroad. Programmers and analysts were a rare breed then, with only a few training centers offering courses on computer programming. There was therefore a clear need to find and hire people for SRI and fulfill the need of a growing business industry that was migrating to automated or computerized business processes. The founders transformed the problem into an opportunity.

Systems Technology Institute’s name came from countless brainstorming sessions among the founders, perhaps from Sarte’s penchant for three-letter acronyms from the companies he managed at that time.

The first two campuses were inaugurated on August 21, 1983 in Buendia, Makati and in Espaňa, Manila, and both campuses offered basic computer programming courses. With a unique and superior product on their hands, it was not difficult to expand the franchise through the founders’ business contacts. A year after the first two schools opened, the franchise grew to include STI Binondo, Cubao, and Taft.

A unique value proposition spelled the difference for the STI brand: “First We’ll Teach You, Then We’ll Hire You.” Through its unique Guaranteed Hire Program (GHP), all qualified graduates were offered jobs by one of the founders’ companies or through their contacts in the industry.

The schools’ first batch of graduates, all 11 of them, were hired by SRI. No one among the four founders imagined that STI would become a college or would grow to have 63 campuses in key cities nationwide. But it did, all because of its unique value proposition, the synergy between the founders and their personnel, and the management’s faithfulness to quality.

The Journey of the STI Brand 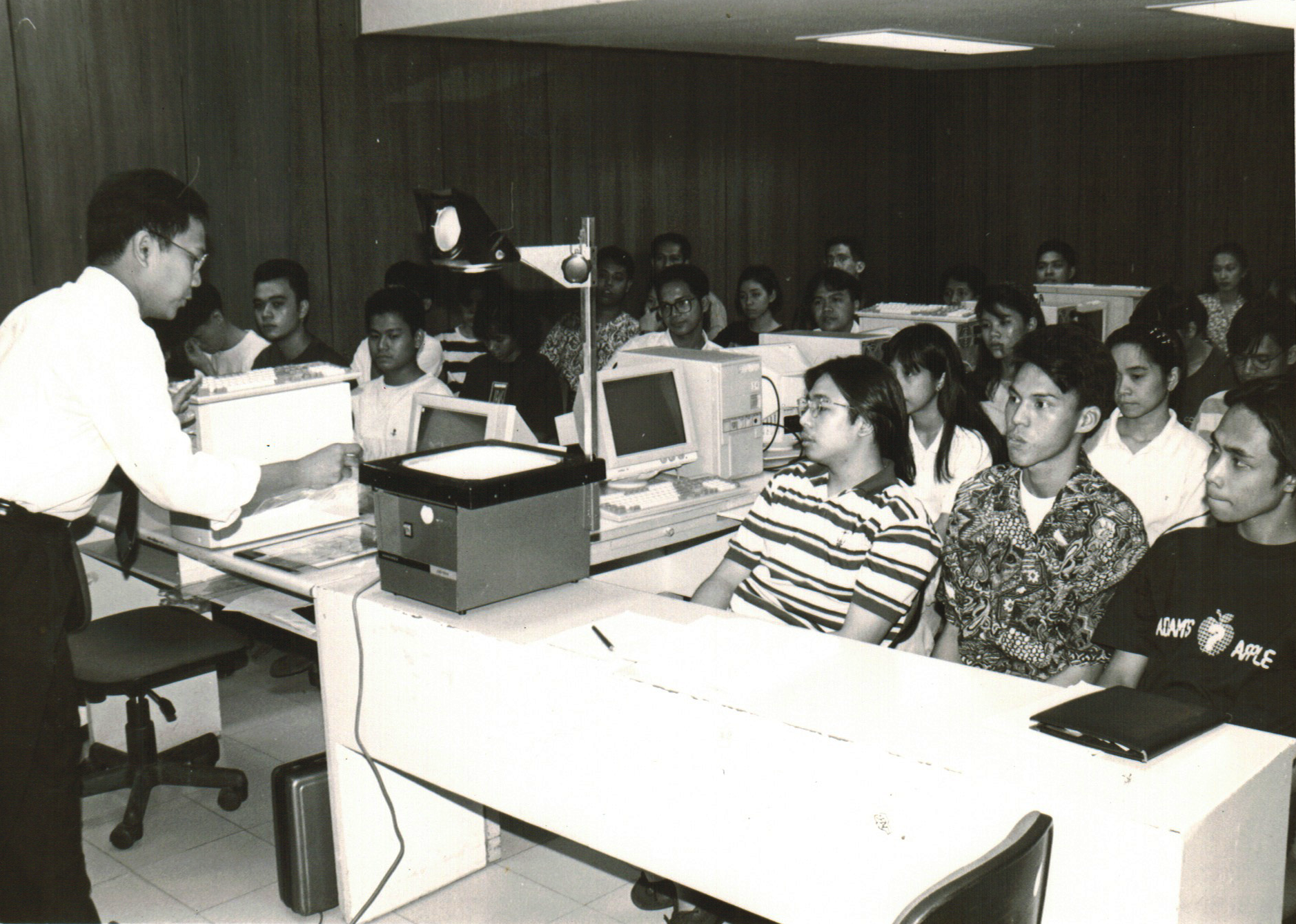 Since 1983, STI has been a pioneer in providing ICT and ICT-enhanced education in the country. The journey of the STI brand, from the initial groundwork to the continual strengthening of its foundation, is a clear result of decades of hard work and commitment.

Starting with the basics, the founders began with conceptualizing a logo that would best fit STI as an academic institution. The result of the brainstorming and studies is the “Owl” — a well-known symbol of wisdom. This marks the birth of the logotype and “Owlie” (the official mascot) as the first brand representation of STI. Owlie embodied the goal of STI to impart wisdom in an industry that was expanding greatly yet with evident stability.

STI began with a goal to train as many Filipinos as possible to develop their computer skills. It wanted to be known as the school that one could go to for short-term training and where graduates were geared with in-demand skills. There was such a high demand for computer professionals that even graduates of one- or two-year training programs were hired by big companies to fill their needs.

After a while, other IT schools as well as traditional schools also started offering computer science programs. As a result, more computer professionals filled the job market, competition grew fierce, and the IT job market in the country has been saturated.

However, what differentiated the STI brand from competition until the early ‘90s was its value proposition — the Guaranteed Hire Program (GHP). Through the GHP, academically-qualified students were hired by STI’s corporate partners, mostly colleagues and contacts of the founders. Some qualified graduates were also hired directly by the founders’ companies. 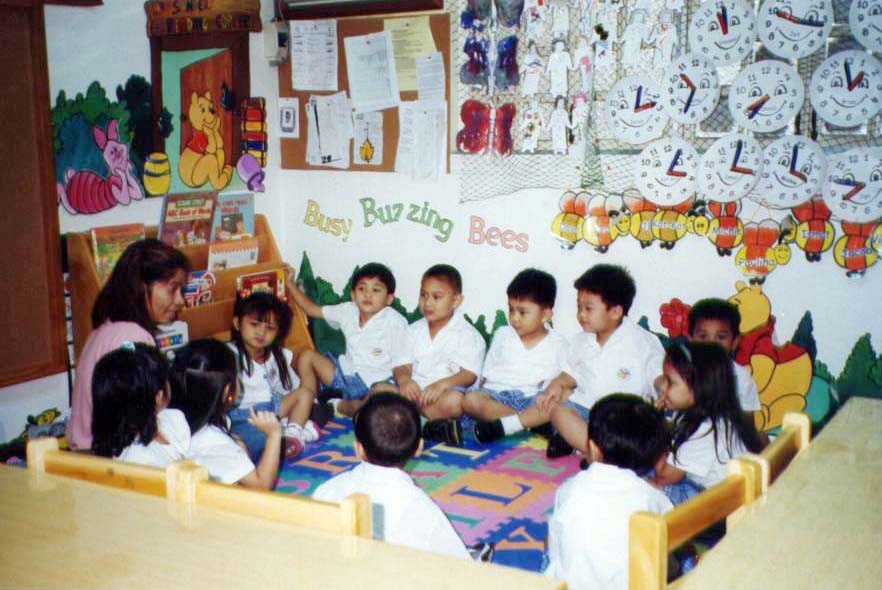 Meanwhile, with the imminent infiltration of the educational landscape in IT and the need to better communicate STI’s value proposition, STI decided to support its printed advertisement materials and local events with a more direct approach to their target market. They began to formalize on-the-ground activities that zeroed in on graduating high school students.

This opened the doors for the Career Orientation Seminar (COS). The COS is an annual event organized by high schools where college and university representatives are invited to orient the graduating high school students on their course offerings and potential career paths. The first COS was done in 1983 among graduating high school students of Trinity College and was conducted by one of the founders, Benjamin A. Santos, with Dolly C. Cruz.

Realizing the great need to generate awareness and increase efforts to reach out to the community, STI also started to give ample focus on event-driven campaigns. Thus, a summer program called the MICRO Computing for Kids was instituted. To support the program, shirts were made for children enrolled in the class, and this was considered as the first STI proware merchandise.

The need to solidify its foundation, on the other hand, remained to be the primary focus of STI. Hence, in an effort to further strengthen the GHP, the “Circle of Friends” was established in 1985 which is composed of the school’s partner companies. This paved the way to more employment opportunities for the graduates. 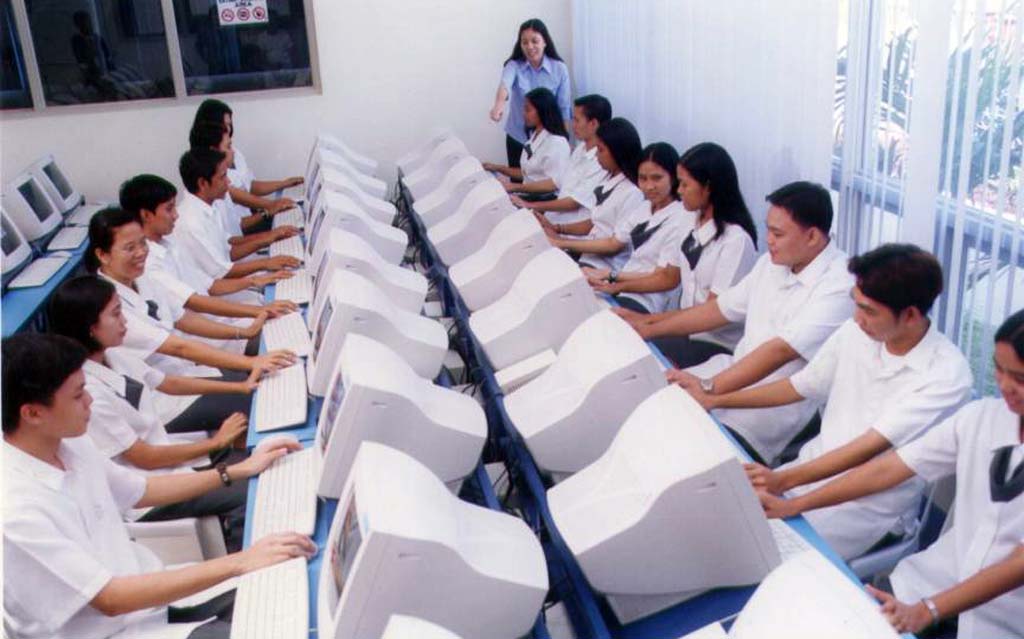 In 1995, the first National Information Technology Convention (NITC) was held. It was an annual forum where well-respected IT experts talked about the newest, hippest, and informative ICT trends in the market. Traveling from key areas and cities nationwide, the NITC is intended for STI students who wish to gain more knowledge on their courses. The high school leg counterpart, meanwhile, caters to fourth year high school students who wish to explore a career in ICT and other ICT-enhanced professions.

Year after year, STI continues to focus in raising the bar of its academic standards and improve its curriculum and course offerings across all campuses. The driving goal remains to be the increase in the number of Colleges of Excellence within the network. STI College Southwoods was the first campus to be recognized as a College of Excellence in 1996.

With its cornerstone strongly in place, STI began to venture into basic education. Through its vast experience in setting up and running tertiary level campuses, the Management recognized the opportunity to offer the same quality of education to pre-school, grade school, and high school students. The result was the launch of new STI brands in 1998 — STI Prep School, STI Grade School, and STI High School.

STI also became more visible during the same year in mainstream television and on-the-ground in their respective communities as they partnered with broadcasting network ABS-CBN for the Halalan coverage. Since then, STI remains as one of ABS-CBN’s constant school partners in their election coverages. The Halalan experience has imbibed in our young students the spirit of youth empowerment and the drive to be the catalysts of positive change in our country.

In 2001, the Management decided it was high time to give the brand a new look to launch a refreshed identity for the STI brand. The new look was coupled with a better and improved STI education system as well. After more than 20 years of positioning itself as an IT school that provides quality education to the Filipino youth, STI slowly integrated itself into the education industry as a school that provides boundless career opportunities in non-IT programs such as Business and Management, Healthcare, Hospitality Management, and Tourism Management.

With its wealth of experience in launching educational programs needed by its market, STI proficiently repositioned itself as multi-tiered school geared to produce graduates with in-demand skills who are ready to become valuable contributors to the global workforce.

Even with all the focus on upgrading the network, STI never lost sight of their goal of being able to empower the Filipino youth by instilling in them the importance of social responsibility. In this regard, the STI Foundation was instituted in 2001. The Foundation launched various programs that addressed the digital divide and promoted excellence in education — public school students and teachers, differently-abled people, and less privileged individuals were uplifted by these projects.

The GHP also underwent an overhaul beginning 2003 when the Interactive Career Assistance and Recruitment System (iCARES) was put in place. The iCARES is an online career service system that aids STI students and alumni by establishing links with prospective employers. The system allows the alumni to store and edit their resumés in a databank and be able to access them anytime, anywhere.

The following year, STI introduced the science behind the GHP by highlighting its other brand merits such as the standardized and updated courseware and curriculum, highly-trained and certified faculty, and modern facilities. This marked the birth of STI’s unique value proposition — the Enrollment to Employment (E2E) System.

In 2007, the Driving Education Where IT Matters program was launched together with the STI Mobile School. This program has received several Anvil awards for breaking the barrier of distance in teaching computer literacy for free to various individuals nationwide.

The Mobile School is equipped with a state-of-the-art computer laboratory with internet access, multimedia computers, LCD monitors, and sound system. Since its launch, there are now six STI Mobile Schools to date that have already visited more than 100,000 public and private schools in Luzon, Visayas, and Mindanao.

A long way since its birth, STI’s thrust has permeated right into the core of the globally competitive market — it has transcended beyond ICT and education, addressing the need for job-ready and future-ready graduates.

To be the leader in innovative and relevant education that nurtures individuals to become competent and responsible members of society.

We are an institution committed to provide knowledge through the development and delivery of superior learning systems.

We strive to provide optimum value to all our stakeholders — our students, our faculty members, our employees, our partners, our shareholders, and our community.

We will pursue this mission with utmost integrity, dedication, transparency, and creativity.