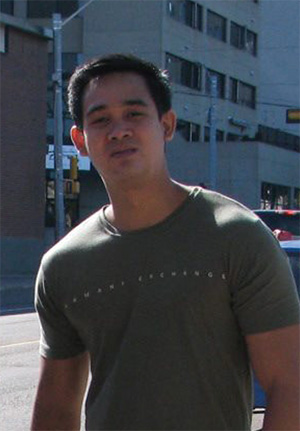 Everyone has a big childhood ream. Some children may dream of becoming knights and princesses, others want to become doctors,lawyers, engineers, astronauts, and scientists when they grow up.

Former Mr. STI Herbert Victor “Hervi” Narvaez once dreamed of becoming a commercial airline pilot. He ended up choosing a different career path, but he has touched down in different cities around the world.

Hervi meets Canada. Part of Hervi’s current job is to collaborate with international managers and technology experts at the TELUS Corporate Office in Canada.

A Turn of Fate

Hervi grew up in a simple household in San Andres, Manila. His parents owned a catering business that provided their family with a fairly comfortable life.

It was in the early years of Hervi’s studies in an Engineering program in an exclusive private institution when their family business started to decline. Because he wanted to help lessen their family’s expenses, Hervi decided to postpone his college education for a while.

Determined to help his parents and be able to continue his studies, Hervi started to work different jobs — he experienced working as a service crew in a fast food chain, a clerk in a convenience store, and a cashier in a video rental store, among others. When he was able to save enough to continue his studies, he decided to pursue a Bachelor of Science in Computer Science degree at STI College – Shaw.

As a result of his diligence and hard work as a working student, Hervi landed a job in the Information Technology industry immediately after graduation. Through a leading global business process outsourcing company, Hervi provided technical services support for Dell, one of the largest computer technology corporations in the world.

A Leader in the Making

“Someday, people will look up to me as a leader,” Hervi kept this in mind while he was working in the corporate world. A few months later in his first job, he decided to join TELUS International, the second largest telecommunications company in Canada, as a Telecommunications Technician. Because of his outstanding performance, he was promoted to Team Leader of the Consumer Technical Support group after just one year on the job.

Today, Hervi works as an Operations Manager at TELUS International, directly working with top management and international clients. He has also helped establish various businesses in Canada and Guatemala.

Hervi considers his entire journey in life, with its ups and downs, as an inspiration to never stop moving forward. “Success doesn’t have a secret ingredient. What matters is how much you crave for it. I thought about that because when my family decided to run a catering business, trying times came to us and that’s when I decided that I will do everything to succeed so I can help my family and make them proud,” Hervi shares.