Master of His Own Empire 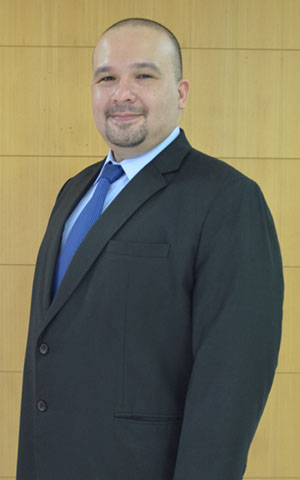 In view of his exceptional competencies and extensive experiences in the field of Information Technology, Jose Agostinho Salvador, or “Jojo” as he prefers to be called, is very likely to be tagged as an epitome of success.

After earning a diploma in Cobol Programming and Business Systems from STI College – Recto in 1991, he immediately began his endeavor in the field of IT. Despite being the youngest among his classmates, Jojo still stood out as one of the brightest. Recognized for his potential, he was hired by STI as a faculty member. His stay with the institution motivated him to learn the ropes of running a business in the IT industry.

Through his determination and perseverance, Jojo has definitely made it big in his field here and abroad. He is currently the President and CEO of Fountainhead Technologies, Inc. (FHT). FHT was hailed as the Best Small and Medium Enterprise (SME) of the ASEAN Business Advisory Council Awards 2014 and represented the Philippines in the ASEAN Business & Investment Summit 2014 (ABIS) in Myanmar to compete for Best SME among other ASEAN-member nations.

Now that he is also an employer, he looks for more driven, street-smart graduates who are up to any challenge out in the field. “Right now I would look for graduates who have specific traits. One is they should be madiskarte. Because what I see in most graduates, everything is spoon-fed to them. If they need something, they look it up. But if you give them a different problem, it’s hard for them to solve. So I’m looking for someone who can specifically go around the wall when they hit the wall, or go on top of the wall. Next, I look for someone ambitious. If you have no ambition, you are not driven,” he shares.

He adds that setting a goal is an important step to fulfill one’s dreams of success. “You have to have a vision, a dream,” Jojo says. “Then you should have a plan to execute that vision, and you should not be discouraged if you cannot achieve that vision in the timeline that you planned. You have to follow and pursue that dream. And fourth, you should never stop learning.”

In spite of all his achievements, Jojo knows how to value his people. He acts as a responsible steward in helping and empowering his workforces as their mentor and life coach. He is not just an entrepreneur; he is an innovative businessman with the heart of a benevolent leader, a fountainhead of encouragement, and an inspiration for the younger generation.