What Happened in Vegas: An STIer's Quest Towards Success 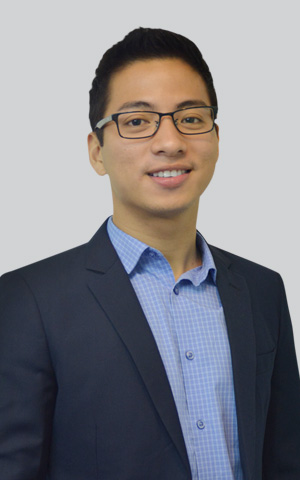 Get to know Edward Czar V. Aquino one of the awardees of the 2015 STI Distinguished Alumni and now CEO/Founder of Saint Therese Learning Institute in Las Vegas, Nevada, USA. Read more about his awe-inspiring deeds and thriving career below.

Growing up, Edward Czar V. Aquino (or Poy as he prefers to be called) has always been very passionate about caring for people, according to him it’s a trait he inherited from his parents – to think of others first before yourself. Who would have thought that someone with burning enthusiasm and drive to help and serve would make it real big in the healthcare industry abroad?

Tracing his roots at STI College – Global City, he belonged to the pioneer batch of the Bachelor of Science in Nursing (BSN) program in his campus. Edward embraced his career choice and made the most out of his endeavour in college. He was an outstanding student, a leader, and an active participant of both academic and extra-curricular activities.Recalling his experiences as fulfilling, he shares “The institution helped me reach my potential and I can definitely say that what I learned from them is world-class. It made me more competitive.” After four years of hard work, he made his family proud and reaped the fruits of his labor in 2008 when he graduated with the second highest grade point average (GPA) in his class.

In the midst of his thriving career after graduation, Poy faced great adversity when his father, who was stationed in America, suffered from a heart attack. Equipped with a BSN Degree and the heart of a compassionate son, he volunteered to fly to the US to help his dad recover. To be able to qualify and reach the US Nursing standards, Edward took his sudden migration as an opportunity to take the State Test, along with a series of examinations to measure his language proficiency and clinical expertise. Attesting that an STIer will stop at nothing to reach his goals, Poy became a Registered Nurse in Nevada, New Jersey, and Maryland. He also became a certified Nursing Instructor which fuelled the jumpstart of his career as an educator in the healthcare industry.

In 2014, his unwavering dedication was acknowledged by the US Department of Health’s Center for Medicaid and Medicare Services when he was given a US National Recognition Award for his team’s significant efforts in providing top-notch healthcare that reduces and prevents critical patients’ conditions. At present, aside from being the CEO of his own Nursing School, Poy is also the Assistant Director of Silver Ridge Healthcare Center, a five-star nursing facility in Las Vegas, Nevada.

In spite of his success, Poy remains grateful of the world-class education and personal values instilled in him by his alma mater.  He wishes to inspire his fellow STIers to be brave, take risks, be humble, and to never forget to give back to the community.

“I believe in fate and I think if I didn’t study in STI, my life wouldn’t turn out the way it is now. It’s a very humbling experience to have graduated in STI and I’ll always be grateful to the team that helped me.” – Edward Czar V. Aquino