Going for the Goal 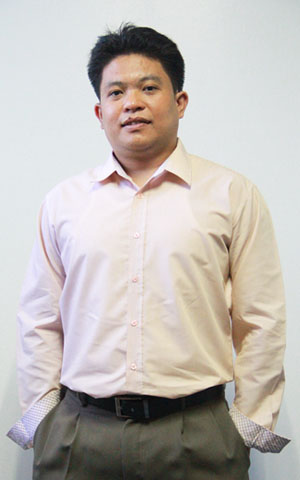 Never-ending learning – this is how you can describe the life of James Olarte. In college, James  would often find himself hanging around school and studying, since there was nothing better to do at home. He described himself as a typical student who just went on his day with his classes, homeworks and projects, until he was approached by one of the personnel of STI EDSA-Crossing (now STI College – Shaw) and suggested that he could apply as a Student Assistant. It opened many more learning experiences and opportunities for James.

As a student assistant, James worked with computers, often troubleshooting computers that needed to be fixed. It was through this that he learned how to deal with equipment. Since he often spent most of his time inside a room filled with computers, he also took this chance to learn more about programming. Through his job as a student assistant, he was able to become better in his course, BS Computer Science, furthering his knowledge and applying his skills at work. Although he was a little low key with his talent, he impressed his professors, and was even invited to join the inter-STI Tagisan ng Talino competition. One of his proudest moments was when he was recognized during his graduation day in 2003 with a medal as a Magna Cum Laude.

The good impression that he left in his college days earned him recommendations from various people in the industry, which had James at an advantage since he never experienced problems looking for a job. He began his career at a company called Infogate where he acquired contracts from the Land Transportation Office (LTO) and travelled across Luzon.  Now, he works for Gurango Software as a Technical Resource Manager, where he manages around 10 software developers and quality analysts. As part of his job, he also determines the feasibility of their projects and presents them to the management for approval. Sometimes, as a passion, he also develops applications himself.

James believes in the importance of goals. Goals, according to him, are something that everyone should have. A person may be born with outstanding traits, but without goals, those traits are not enough. James admitted that he was not goal-oriented during his youth, and claimed that STI taught him how to set his goals right; to be able to fulfill his passion in programming as a living, and to climb up the ladder of his career. Today, James continues to learn in everything he does to build his knowledge, improve his skills, and most importantly, make the best out of himself.