The ASEAN PR Excellence Awards, held on April 29 this year at Hilton Kuching Hotel, Malaysia, recognizes the most outstanding, inspired, and the very best in the ASEAN region’s PR and Communication industry, whose works delivered exceptional impact and results. It is hosted by the ASEAN Public Relations Network (APRN) in collaboration with Institute PR Malaysia, supported by Sarawak State, and Global Alliance for Public Relations and Communication Management — the confederation of the world’s major PR and communication management associations and institutions around the world. 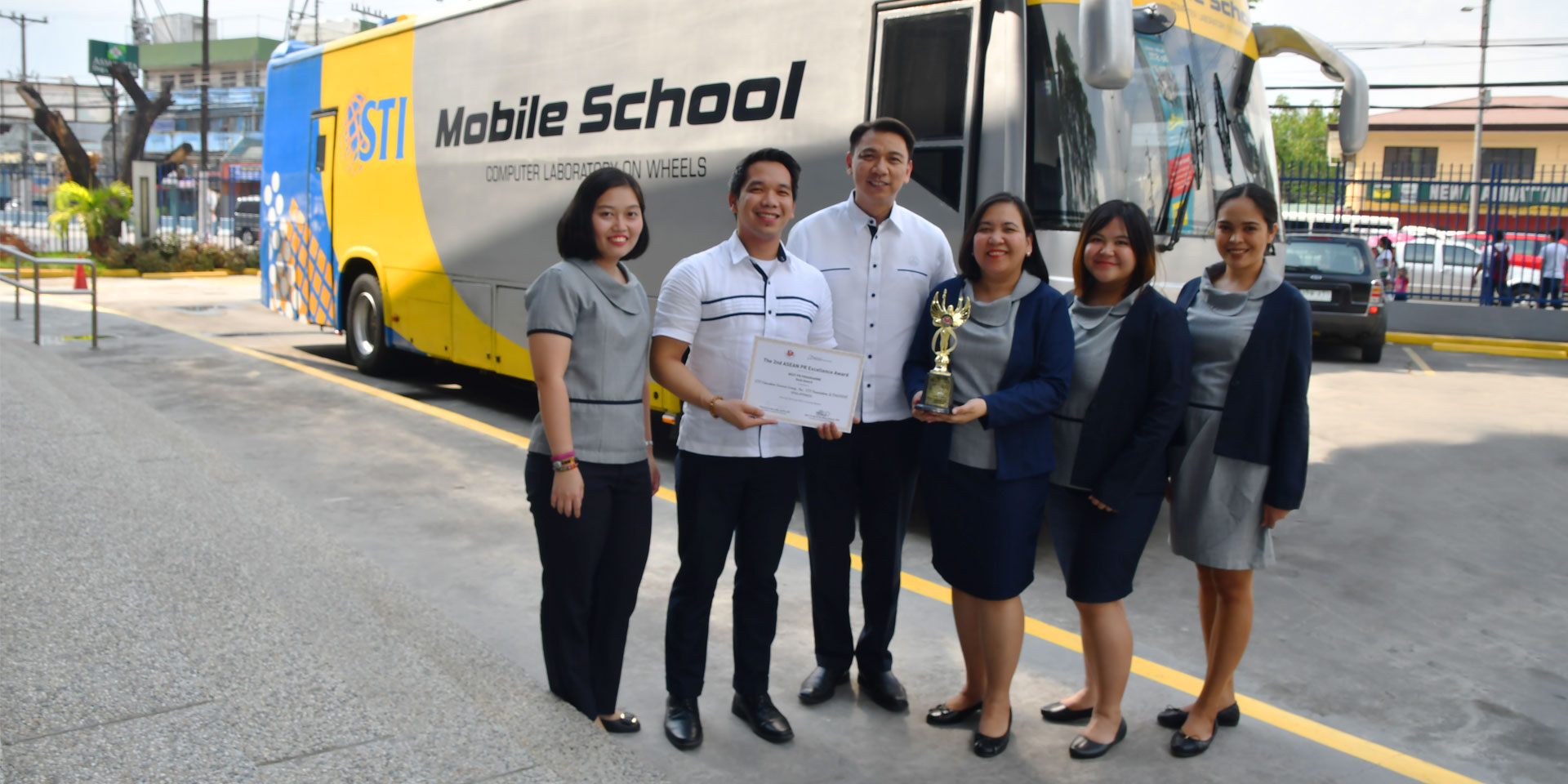 Launched in 2007, the STI Mobile School won Best PR Programme in Southeast Asia after being nominated by the Public Relations Society of the Philippines (PRSP). The program also went through a series of deliberation from a panel of jury across ASEAN countries.

STI ESG Vice Chairman and CEO Monico V. Jacob said that STI’s core strength of delivering ICT education in the country led to the program’s creation, which aimed to address the pressing need to provide computer access, computer learning, and connectivity in rural communities. The program also aligns with STI’s commitment to mold the country’s next generation of leaders, its continuing partnership with the Department of Education (DepEd), and support for the K-12 program.

"Our mobile schools act as our extended classrooms. We reach out and we deliver information technology classes to students and teachers who need better access to computers and internet especially to far-flung communities, which also plays a part in fulfilling our duty to make education relevant and accessible."

Since its inception, the six STI Mobile Schools have already reached over 1,200 sites and has trained more than 170,000 elementary and high school students, teachers, and other individuals nationwide.

Previously, the STI Mobile School also won the coveted Grand Anvil and two Gold Anvils in the 54th Anvil Awards of PRSP in front of the biggest and brightest communication and business practitioners in the country held at the Marriot Hotel Manila in Pasay City.