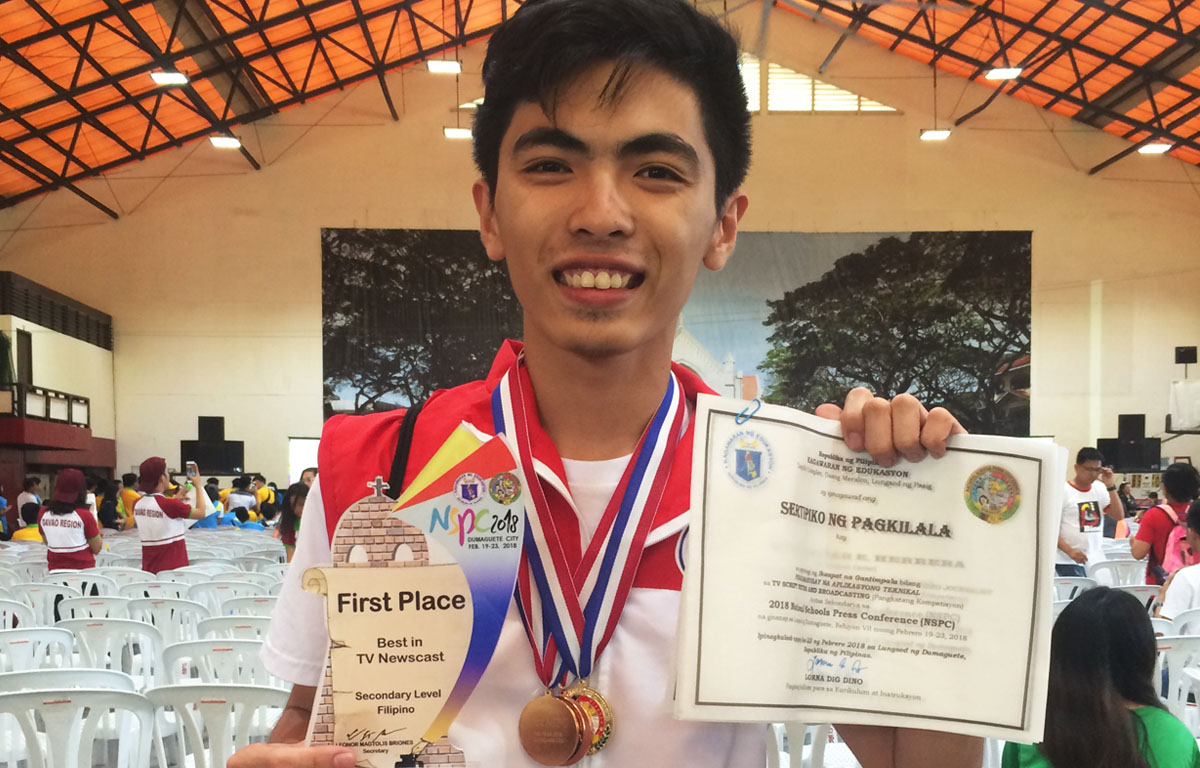 Out of hundreds of student journalists nationwide, an STIer from STI College – Lucena was among the select few who entered the elite ranks in the National Schools Press Conference (NSPC) 2018, bringing pride to his school and to the whole STI community.

Dubbed as the “Olympics of Campus Journalism in the Philippines,” NSPC gathers aspiring journalists from private and public elementary and high schools to showcase their skills and competency in the field of journalism. The national competition ran from February 19-23, 2018 at the Asian College of Science and Technology in Dumaguete City, Negros Oriental.

“The hardship, determination, and positive mindset in trainings are the strong foundations of the team’s achievements,” shares Rusly. “It was not by luck that we won these awards or ranked in any place. It was the preparation, the long hours of practice, and the due diligence we put into studying and learning more about our chosen field.”

Rusly’s journey started when he joined the “Bantay Pilipinas,” the news program of the TV Broadcasting Team under the Filipino category that represented the Division of Lucena City in the Regional Schools Press Conference 2017. The regional competition was held on November 15, 2017 at Calaca Central School in Calaca, Batangas where Rusly placed 2nd as the Best Video Graphics Editor.

STI gives its utmost support to its students who set out to practice what they learned inside the classroom, and to build their experience by joining extra-curricular events. This is part of the institution’s drive towards excellence in its delivery of quality education.