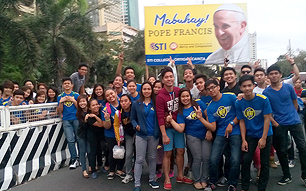 Taking the opportunity to witness a once in a lifetime event, the STI community banded together to celebrate Pope Francis’ 5-day visit to the Philippines by bringing the events of the Papal Visit closer to the people through ABS-CBN’s citizen journalism group, and by joining Manila City’s Clean-up Drive on January 18, 2015 after the Grand Papal Mass at the Quirino Grandstand.

Since day one, STI took part in monitoring the news and social media reports thru 40 students and faculty members as volunteers from STI College – Quezon Avenue working with ABS-CBN’s citizen journalism sector, Bayan Mo, iPatrol Mo! (BMPM). They helped ABS-CBN’s coverage of the event by gathering updates from various netizens or Bayan Patrollers throughout the country, and disseminate them through abs-cbnnews.com, BMPM’s website, and ABS-CBN’s Social Media Desk to keep the Filipinos up to date as the activities transpired. 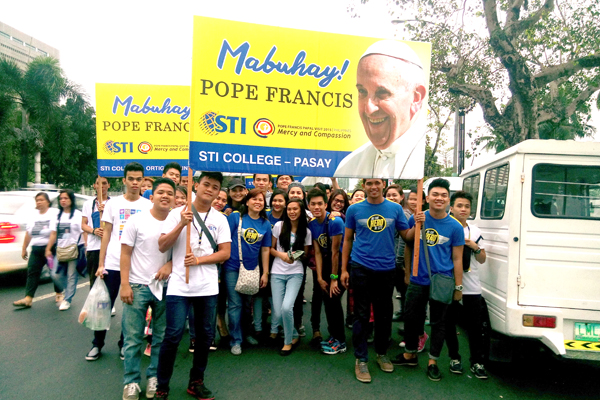 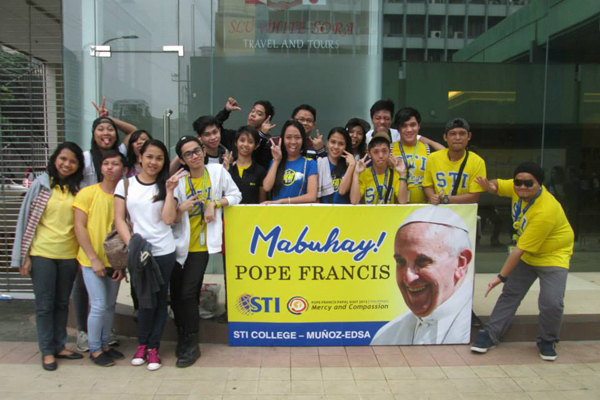 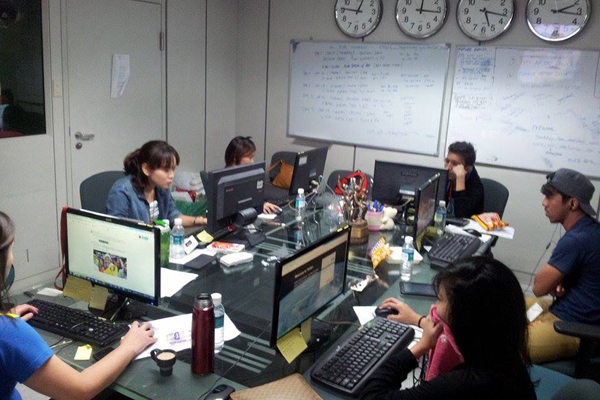 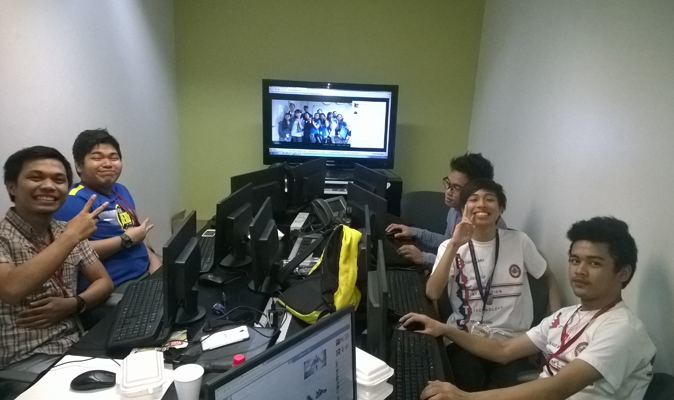 All throughout the world leader’s stay in the country, he has been spreading the message of Mercy and Compassion, particularly advocating to fight corruption, empathize with the poor, strengthen family ties, and have faith in times of adversity to the huge crowd of people before him in every activity. With a record breaking 7 million people from all walks of life who attended on January 18, 2015 alone, there is no doubt that Pope Francis speaks to the heart of every Filipino, regardless of faith.

Enduring the damp weather and cold winds, STIers cleaned up the streets armed with their gloves, trash bags, and smiles on their faces. The Clean-up Drive is an activity in coordination with the local government of Manila City.

Despite the long hours, cold winds, and rain, team STI had persisted and it was all worth it. Much like the other 7 million people who have attended this momentous occasion, the Pope Francis’ visit (which wrapped up on January 19, 2015,) is a moving experience that STIers will never forget.