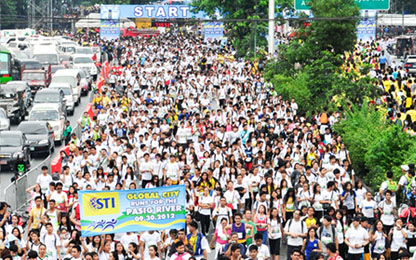 Following the success of the previous advocacy runs for the Pasig River, Team STI once again unfolded its solid support to the environmental cause as it sends the largest school contingent to the fourth installment of ABS-CBN Foundation's Kapit Bisig para sa Ilog Pasig (KBPIP) run on September 30, 2012 in Quezon City. Dubbed "09.30.2012 Run, Ride & Roll for the Pasig River," this year's race drew around 87,000 registered participants. 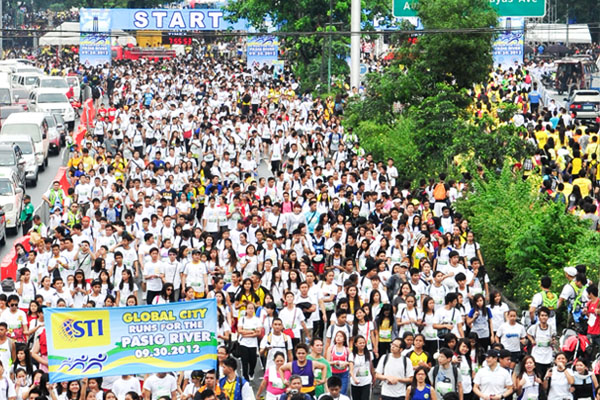 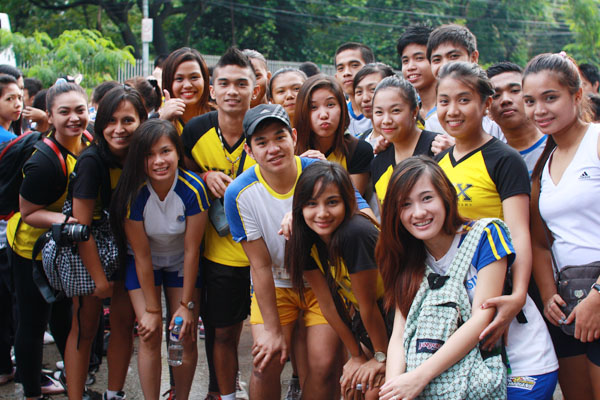 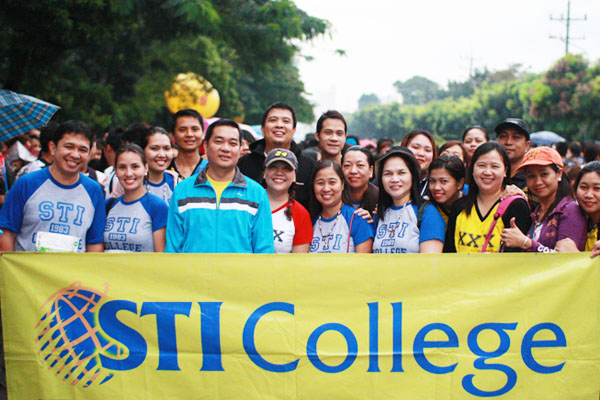 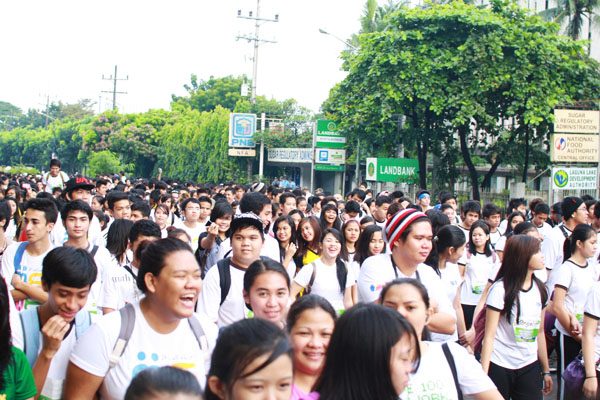 Last year's "11.20.2011 Run for the Pasig River," which had an estimated 5,000 runners from 14 STI Campuses in Metro Manila, helped rehabilitate the Estero de San Miguel and four other waterways behind the Malacañang Palace.

This year, the Run for the Pasig River kicked off at the Quezon Memorial Circle with more than 11,000 students, faculty members, and staff from STI Campuses in Metro Manila including Alabang, Caloocan, Cubao, Shaw, Fairview, Global City, Las Piñas, Makati, Muñoz-EDSA, Novaliches, Parañaque, Quezon Avenue, Recto, Taft, and first-time runners from Ortigas-Cainta, who all geared up to do their share in caring for the environment.

"We really want to be part of this long-term advocacy and we encourage our students to have an active role in their communities, especially in protecting the environment. We heard that this year, the run will not just be for the ongoing efforts of rehabilitating the Pasig River but will also include the waterways of Quezon City, San Juan, and Mandaluyong. In tune with the organizer's thrust, we will be there to support them in the best way that we can," shares Shiela Magano, School Operations Manager at STI Headquarters.

In addition to the 5K and 15K races, the Run for Pasig River got even bigger this year with the new "Ride and Roll" category for bikers and skateboard enthusiasts. Kapit Bisig para sa Ilog Pasig is a long term advocacy of ABS-CBN Foundation, Inc. which aims to rehabilitate the Pasig River and its tributaries. 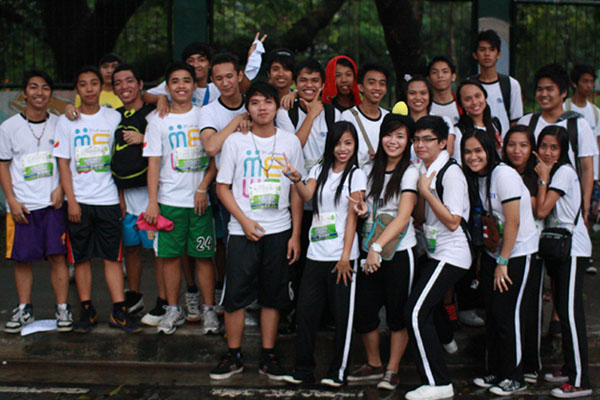 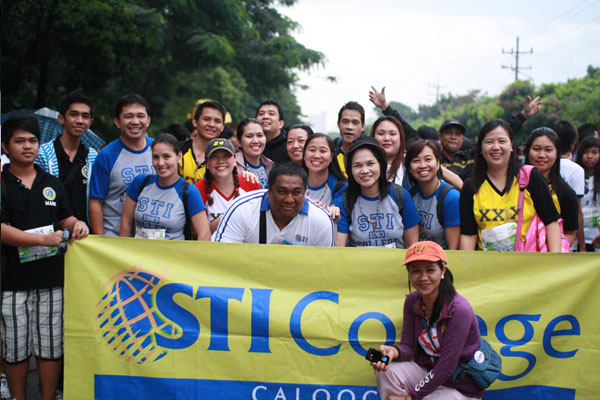 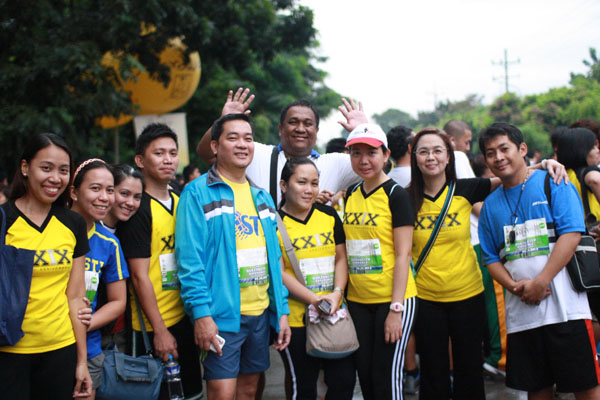 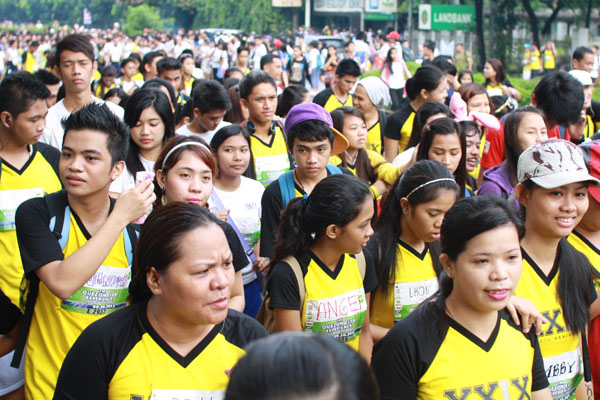 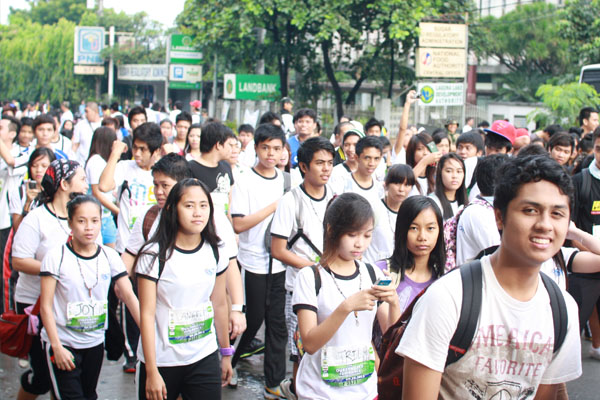 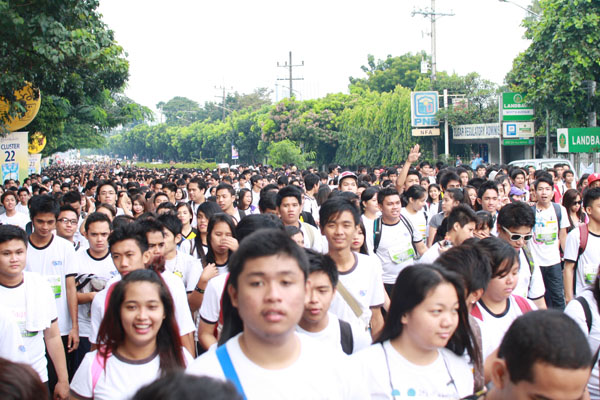 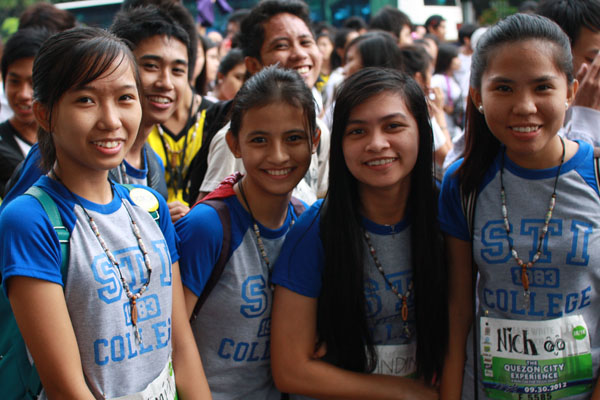 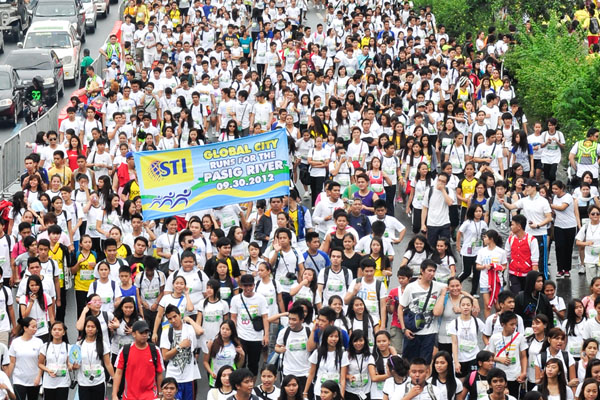 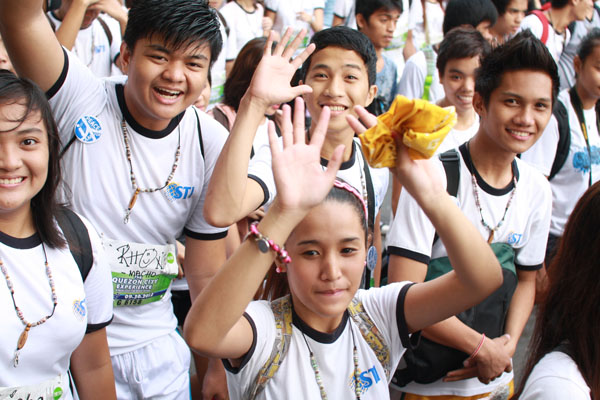 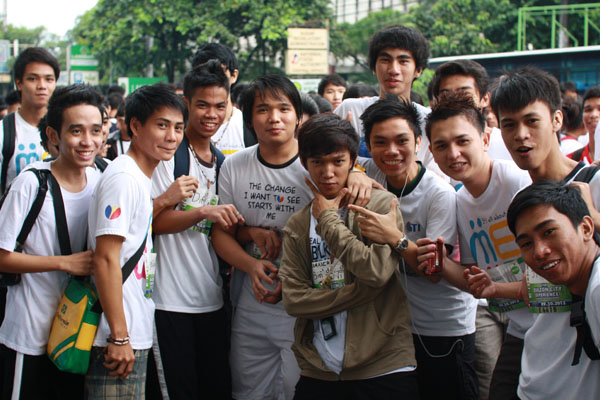 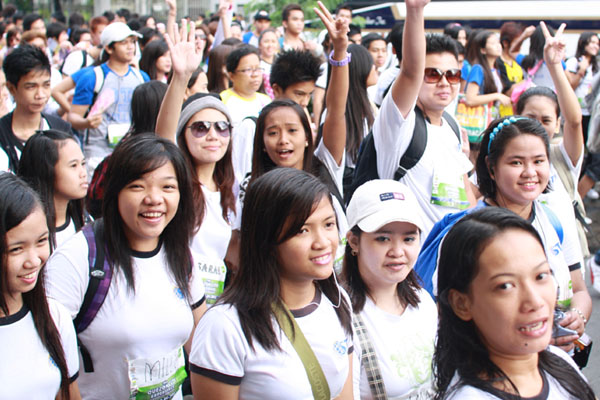 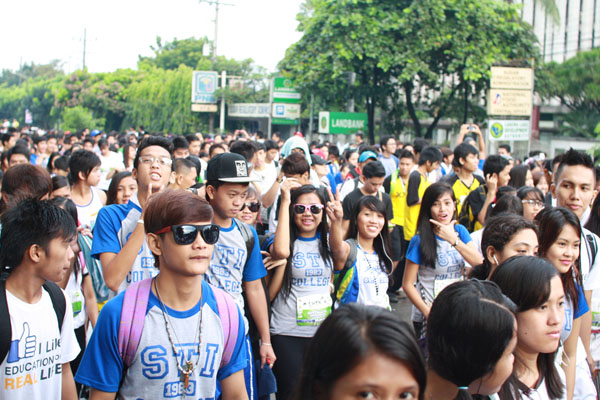 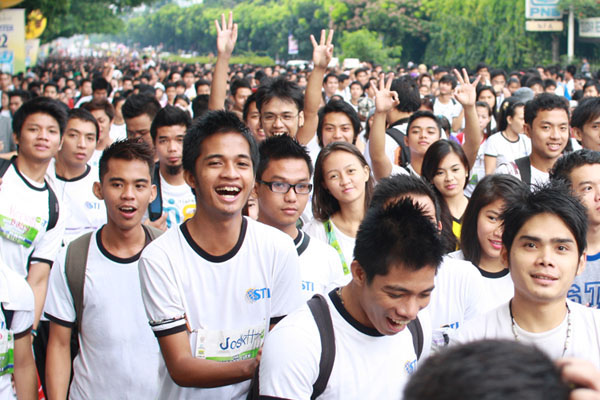 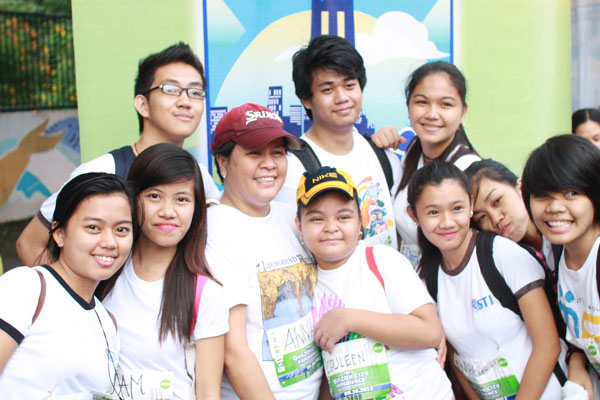